Once again I traveled to Hanover in order to take part in the this year´s CeBIT. This trade fair is always a good occasion to meet many providers, to talk to users from numerous different countries and to catch various atmospheres within a short time.

The CeBIT 2014 took place under the motto ‘restart‘. The focus was on trade professionals. Novelties or offers in the area of consumer products were abandoned. Within the five days of this event I was not only able to observe but also to compare the fair with the previous fairs and to discuss my observations with exhibiting companies and visitors. As for my part I can conclude in regard to this CeBIT: There was light, but also shadow. But first things first:

The Topics – Renowned ‘mega-trends‘, such as Cloud, Mobile, Social and Big Data, were placed as hot topics of the CeBIT, complemented by the artificial word and leading theme ‘Datability‘. However, it was taken little notice of it. I found this positive, since the focus removed to the real problems, which was shown by the presentation of the vast majority of exhibitor booths and their messages. Hardly anyone used such non-descriptive platitudes as in the previous years. Sadly, SAP represented one of the few negative examples. 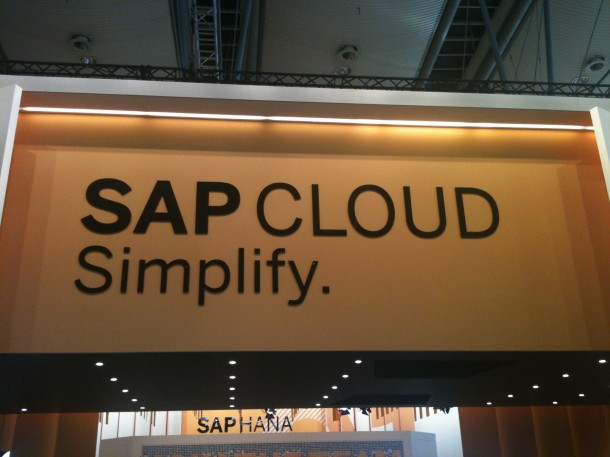 The Innovations – In almost all discussions it was cited that real innovations were missing. But let’s face it: There cannot be something new and revolutionary each year. To me the ‘Trusted Cloud‘ program of the BmWI symbolized the maturity of the ‘Cloud Computing‘ topic, more than the aforementioned mega-trends. The project was initiated at the end of 2010 and is approaching the end with several outcomes. Is this sexy? Probably not, but it is helpful and can be assessed as beneficial.

Undoubtedly, the hall with the start-ups in the context of the Code_n initiative offered at least some aspects of an innovative character. The layout of the designer team Kram/Weisshaar was interesting for itself. The aim was to bring together young companies and their business ideas with established corporations. But to my regret, there were far too little interested visitors of the ‘next generation‘ – certainly a result of the CeBIT’s reorientation. I will stress that again under the issue “the visitors“.

The Global Conferences – So far, this event format has been one of my favorites at the CeBIT. User reports and interesting discussions of various topics attracted me, like many others, to the sessions. But this time things were different. Not only was it moved from the Convention Center to a hall, but the attendance was also fee-based. Participants who snatched an ‘Early Bird’ deal could get hold of a one-day or full-event ticket for just a fifth of the regular price. The ‘dynamic‘ pricing did not only surprise me, but many other (potential) visitors.

Result: I stopped by on all five days. And even at such interesting sessions like Rene Honig‘s about Shell’s IT strategy, or Forrester’s analyst Ted Schadler about ‘The Mobile Mind Shift’, only a fraction of the seats were taken, even though I cannot estimate how many have followed the presentations online. My sincere pity was for the speakers of the two other podiums ‘Power Stage‘ and ‘Open Stage‘. Only few visitors got lost around. The hall filled with people only because the speakers were accompanied by their allies or visitors took a seat for a coffee or to write an e-mail.

The Visitors – Again, the number of visitors shrank. And yes, it was quiet this year. The exhibitors found this positive, since they were able to talk to customers longer and more intense. Regarding CeBIT’s statement that more than 90% of the attendees were trade professionals, I would like to quote a discussion partner: “Mainly trade professionals? Then the majority of the visitors should be enlightened that they are trade professionals.”

And even though many of the exhibiting companies found this quietness pleasant, there was a lack of communication with the visitors that came because of the offers for gamers and consumers in the past. Besides the collectors of bags and give-aways, who keep on visiting the fair, there also used to be an interaction with the ‘next generation‘, the so-called ‘digital natives‘, which got reduced to a minimum this year.

My Conclusion – If the CeBIT´s aim was to stay amongst themselves, it was reached. In my opinion, the visitors that not only can be counted to the ‘digital natives’, but will form the future of (IT-)professionals, entrepreneurs and consumers, were excluded.

The often quoted ‘consumerization‘ will change the industry and its offerings. As a result, it is more likely that the ‘Exciting‘ and ‘Next‘ can be found at events such as the Berlin Web Week and no longer in Hanover. Too bad…